The College of Education and External Studies (CEES), University of Nairobi,… 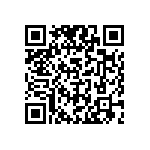